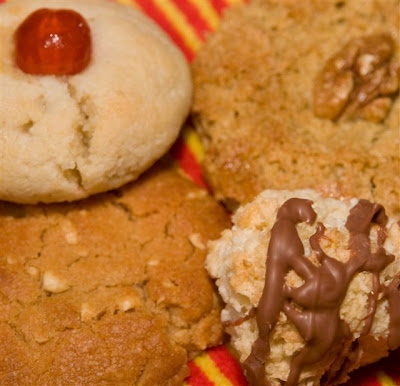 Gluten Free Girl and the Chef

I've lived through many phases as a girl surrounded by a whole host of people that can eat and drink what they like while I cannot. First of all I went through the sick phase but that is long gone now. Next I went through the phase where I knew something was really wrong with me and trying to find out what!

Then I went through the acceptance phase, where I was trying to learn to live the gluten free life, mostly successfully with the odd accident along the way. It was at this time when 'gluten free journey' was born and for a long time I felt I was doing what I needed to do, hopefully helping myself and helping others along the way

Then the next phase came along, with my wilderness years when I wanted to live a more normal life while continuing to live the gluten free life. I was fed up with drawing attention to myself every time I went to a restaurant and fed up of risking being sick if I didn't. I've secretly being reading gluten free blogs during my wilderness years and considered blogging again, but it hasn't got past the consideration phase .... 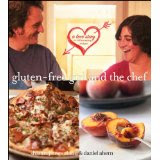 This is a beautifully written book with a very good concept for a food book. It tells the story of Shauna and Daniel, their love for each other and their love for food. The book has enough information for somebody recently diagnosed and enough food for thought for somebody like me who has lived the gluten free life for years. There are one hundred recipes with everything from serious comfort food to serious restaurant food.

There are several recipes in this book that I will certainly try out. If I didn't now have this book, I would definitely go out and buy it. If you don't have a copy, you need one, go and buy it :)

If you have this book in your collection it will probably be the only gluten free cook-book you will need. It will become your gluten free bible ....
Posted by Dianne at 5:04 PM

Roast Chicken from Able and Cole

A few weeks ago, I was offered an organic chicken by Able and Cole. Able and Cole are an organic company who operate a delivery service whereby they deliver organic, locally grown and sourced, fruit and vegetable boxes plus a whole raft of other products. All organic and all very tasty

When I recieved my organic chicken, I was in a bit of a quandry as to what to do with it ... I have about half a dozen ideas for recipes I want to develop which involve chicken. In the end I decided to feature various gluten free products and produce a simply roasted chicken 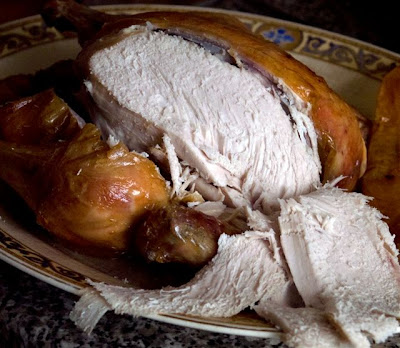 I roasted the chicken at the standard 20 minutes per pound, plus an extra 20 minutes. 35 minutes before the end of the cooking time I added pork, sage and buttered onion stuffing from Marks & Spencer. The gravy was made from Bisto Best gravy granules, if you want gravy granules for the times when you need gravy in a hurry, this is the one to go for, the joy of the brand being that it comes in a range of flavours. The vegetables that went with it are all from my latest organic veggie box from Able and Cole 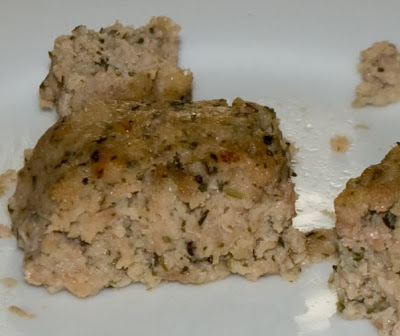 That wasn't to be the end of it!!!! I had sandwiches the day after from the left-over chicken and made stock from the skin and bones, currently frozen and waiting for me to make some soup! This chicken went a long way!

In the UK? Take another look at Dietary Specials!

Being a working girl, every now and again I rely on fast food. Sometimes it's a question of having to! When these occasions arise, it's usually a bit of a struggle to find something to eat ....

However I often look at the gluten free range in Sainsbury's! Imagine my suprise when I discoved in a local branch that the Dietary Specials range had expanded. Either the range has expanded or the products that my local supermarket stocks has expanded, I'm not exactly sure which! Included now are two different pizza flavours and two pasta varieties! 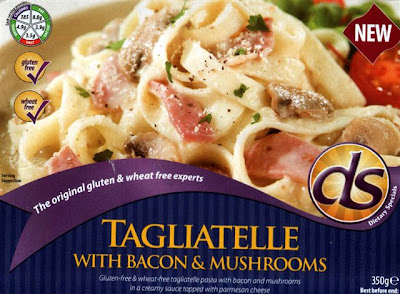 Well! What's a girl to do! I got one of each! This range is definately worth keeping an eye on

My Christmas lunch 2008 was a fairly large affair with 14 people all invited to lunch at my son's place. He did have help and everything was prepared well in advance. The main course was a beautiful meal of various vegetables and various meats

My son is a bit of a dab hand at cooking the famous Nigella Lawson Coca Cola Ham. He cooks this two or three times a year, and has done for the last three or so years. My son is an excellent cook and has modified this recipe over the years, the only problem is he wont tell me how he has modified it. It's all games here, I have to cook it myself and then he will tell me the modification(s)

So I have duly cooked it myself, using a small gammon joint, with just one tiny modification ... so now I know the real modifications. Trust me, his coca cola ham is to die for

This is a christmassy recipe with nice warm spices ... posted too late! 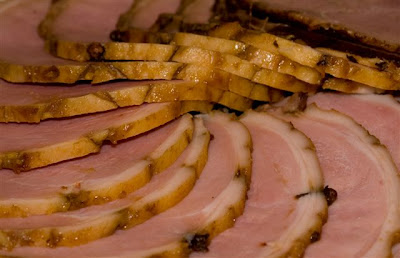 Remove gammon joint from the pan and place in a roasting tin, reserve the liquid from the pan, as this makes a useful sauce for other dishes

Heat oven to a temperature of around 200 degrees

Leave the ham to chill slightly and then remove the skin from the gammon joint. With a sharp knife, make slashes in the fat creating criss-cross diamond shapes. At the corners of the diamond shapes, push in the whole cloves. Drizzle the black treacle over the fat, then sprinkle the mustard flour and sugar over the treacle

NB: the coca cola sauce that was reserved should be boiled down until it thickens and reduces in volume, it can then be used for a soup base or a barbecue sauce. I havent used my sauce yet, but my son assures me it makes a very good barbecue style sauce
Posted by Dianne at 10:17 PM

The day before new Year's Eve, I had two wisdom teeth extracted! I've been dreading the though of having this done, on the run-up, but decided not to put it off ... but to get it over and done with ...

Believe me, it was nowhere near as bad as I thought it was going to be. As both of the teeth are on the same side, I now find myself having difficulties eating, over new year. What a time to be unable to eat, one of the big festivals of the calender. New Year's Eve dawns and I am on four hourly pain relief ...

For everything there is an up-side, and the up-side of not being able to eat much over New Years Eve was a gorgeous mango smoothie on New years Day. I have a fair bit of fruit in the house that needs eating up, so here is my solution 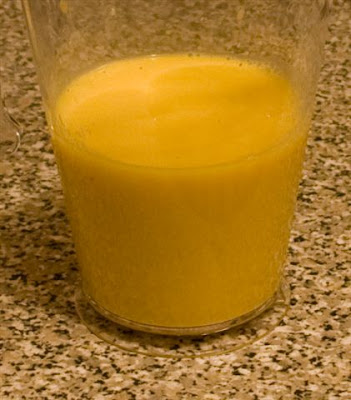 Place the fruit into a liquidiser and pulse for a few seconds, until well combined and forming a liquid. Add milk to make a more fluid consistency

A Healthier Bubble and Squeak

I am in the fortunate position whereby various companies in the UK and further afield, from time to time ask me to evaluate their products

Just before Christmas I was approached by Able and Cole, who operate an organic fruit and veggie box system, whereby they deliver the box's to your doorstep. I used to use Able and Cole, but cancelled my order some time ago

I jumped at the chance to have the free organic box. Lovely fruits and veggies, they were lovely. I have had another organic box since the free one and expect to receive one every other week

So what did I make with my free organic box ... 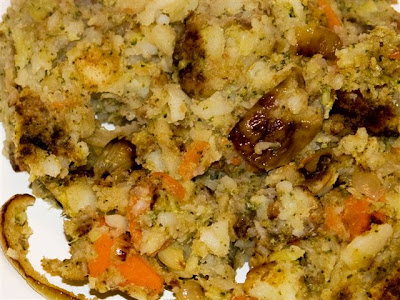 Bubble and Squeak is a traditional English recipe for using up left-over veggies, usually potatoes mashed with butter and milk and green vegetables, but can include just about anything else, all fried in lard. A cholesterol nightmare! So I wondered, as I do, if I could throw together a bubble and squeak that is a bit more healthy ...

Divide between two plates and serve with your favaourite gluten free dipping sauce :)
Posted by Dianne at 9:07 AM 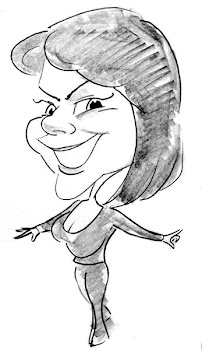 If You Want Support from a Forum